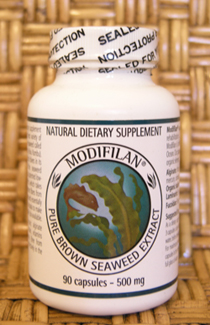 Free Ground Shipping!
(within the Contiental US)
Expedited Shipping Options

Do you have a coupon code? If so, enter it now then click the 'Apply coupon' button. Otherwise, click the 'Close' button.

Modifilan Brown Seaweed extract is a dietary supplement made from the richest variety of wild-grown brown seaweed called Laminaria Japonica (Hoku Kombu). Hand-gathered by divers from the pristine waters of Patagonia, the seaweed undergoes a special patented low-temperature process which takes away the heavy outer fibers from the luscious leaves and essentially "predigests” the Laminaria to make it especially bio-available.

Modifilan contains the vital properties of:

Organic Iodine - feeds the thyroid gland which controls metabolism and promotes maturation of the nervous system.

Laminarin - a polysaccharide helpful in the prevention and treatment of cardiovascular diseases. It helps to balance coagulation of blood.

Fucoidan - a polysaccharide that stimulates the immune system.

The major difference between Modifilan brown seaweed extract and all other seaweed products on the market is its bio-availability.  Even the most recognized kelp and algae nutritional supplements are generally dry ground seaweed in variations, nothing else. In its original form seaweed is not optimally digestible. Thick heavy fibers of seaweed turn into a harsh sandy substance when they are dried and ground. A simple test can be done – mix any other types of seaweed products with water and you will see that they do not dissolve entirely but rather make a sludge which never gets digested.  When we mix our brown seaweed exctract with water or juice it develops into a light suspended gel.  The extract fully dissolves and this is the best indication of a product’s bio-availability.

MODIFILAN was developed in Russia by a group of scientists who worked in the State Rehabilitation Institute, where victims of the Chernobyl nuclear catastrophe underwent treatment. The healing qualities of seaweed had been known for centuries, so the Russian government instructed scientists to find an effective and powerful remedy for the radiation poisoning of that particular population. After trying out various forms of algae, one type yielded the best scientific data for this purpose. It was the brown seaweed known as Laminaria japonica, which grows wild in the northern Pacific Ocean off the coast of uninhabited islands far to the east of Russia, known as the Kurils.

One of the main qualities of Laminaria is its high content of sodium alginates, which are enhanced by the extraction process used to produce MODIFILAN. Alginates are the most effective organic elements that enable the human body to get rid of heavy metals and toxins. Not all "algae" have alginates; blue or green algae does not. The unique methods of extraction, as well as the quality of this seaweed, are key. MODIFILAN has about 50% of the highest quality alginates. 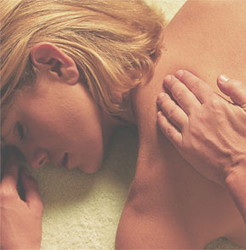 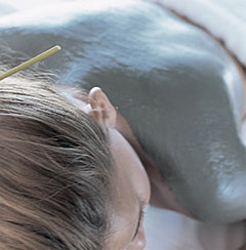 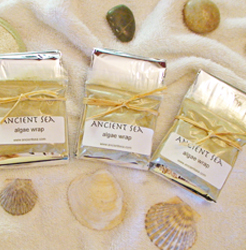